Area 51 is a light gun arcade game released by Atari Games in 1995. It takes its name from the Area 51 military facility.

The plot of the game involves the player (Peterson) taking part in a STAAR (Strategic Tactical Advanced Alien Response) military incursion to prevent aliens, known as the Kronn and alien-created zombies from taking over the Area 51 military facility.

This game takes the player through several sections of the facility, including a warehouse and underground tunnels. The player must kill all of the genetically altered scientists and aliens without harming any allied STAAR team members (at the cost of one life point),however if nothing but three STAAR team members are shot, the Kron hunter will be started, taking the role of a Hunter, sent by the Kron to eliminate the rebels. None of the actual aliens will appear until the office level.

The game is notable for its use of digitized video stored on an on-board hard disk and the bizarrely contrasting unrealistic gibs into which every enemy blows apart when shot, in exactly the same way. While enemies, innocents, and explosions are 2D digitized video sprites, the levels and vehicles are pre-rendered in 3D.

Another interesting note about the game is its several "backdoors"; by shooting certain objects in the correct sequence players can unlock shooting exercises, weapon stashes and gain bonus items that are not available in the main game plot.

Area 51 allows the players to start at the beginning of the game or warp ahead to the middle of the game. 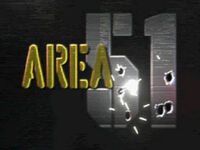 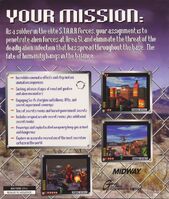 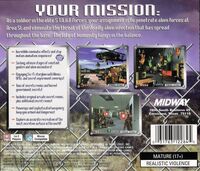 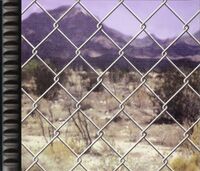 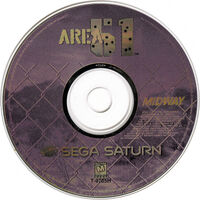 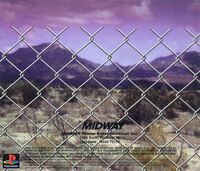 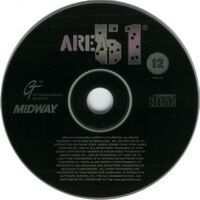 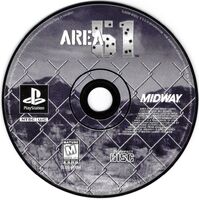 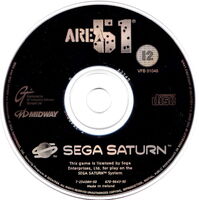 Add a photo to this gallery
Retrieved from "https://area51.fandom.com/wiki/Area_51_(1995_video_game)?oldid=4860"
Community content is available under CC-BY-SA unless otherwise noted.